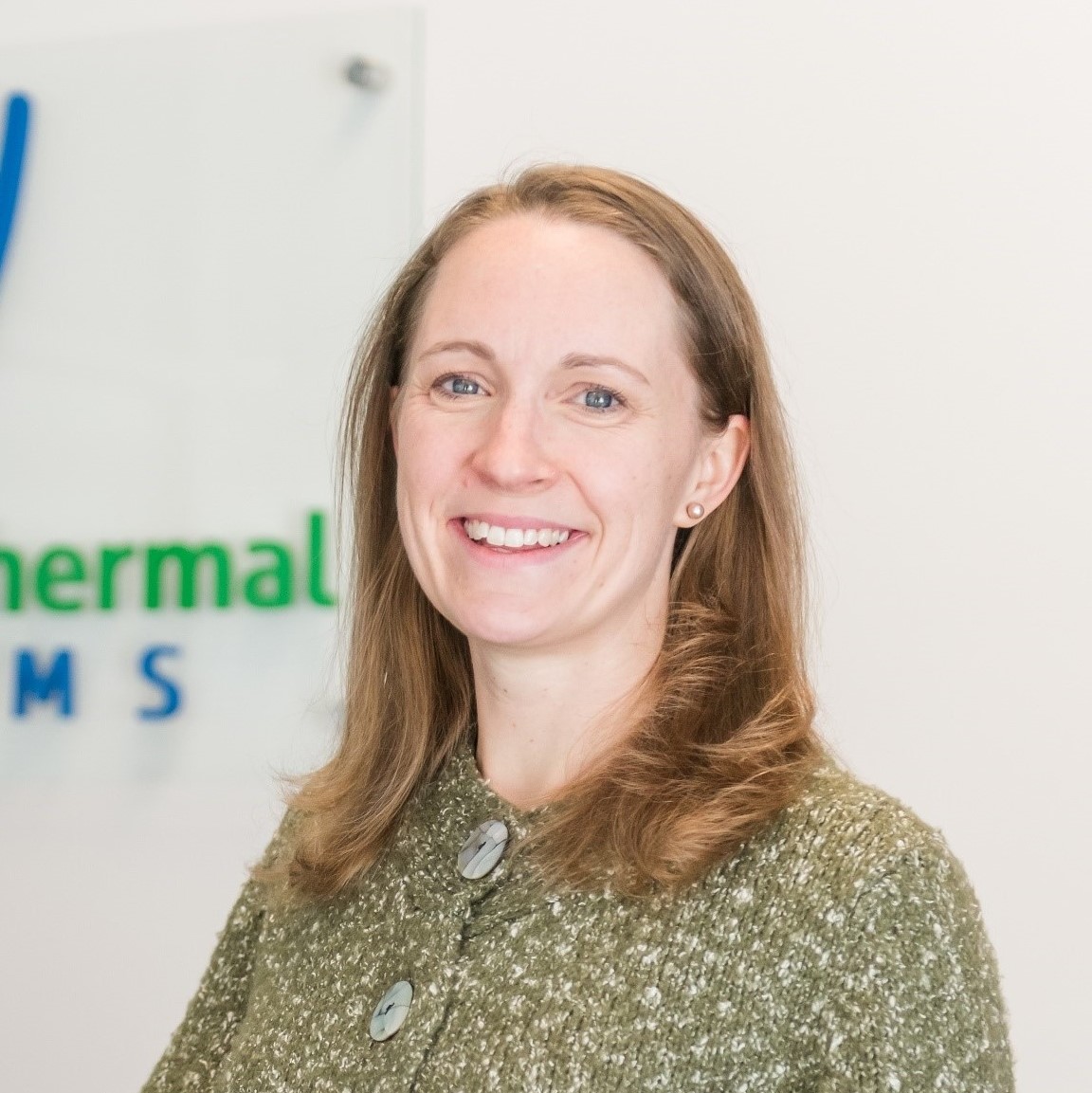 Today, air conditioning equipment uses 20-40% less electricity to provide the same amount of cooling as when standards were first introduced in 1975.

Roughly translated, this German saying means, “starting is easy, but persisting is an art.”

Anyone who has run an energy startup can tell you that.

But as a female engineer in a male-dominated profession, Cara Martin knows something about persistence. Over the past 6 years, she’s used that grit to build a small consulting project company into a successful and respected engineering service provider.

Optimized Thermal Systems, Inc. (OTS), founded by CEO Dr. Reinhard Radermacher and led by Cara, has found its success by helping other companies optimize their energy products and resources. The firm provides technical expertise and equipment to help clients test and refine technologies to get ready for market. Most of OTS’ clients are manufacturers or researchers working in energy conversion—i.e., changing one form of energy into another, such as when an HVAC system turns fuel into heat.

The story of how Cara built this business starts with a young woman who loved math, science, and the German language. Her alma mater, Catonsville High School in southwest Baltimore County, proved a good fit for all of these interests to flourish.

Cara also took German language classes at Catonsville. Her parents had lived in Germany before she was born and Cara traveled to the country several times, sparking her interest. The combined love of engineering and German would turn out to be an important thread throughout her career.

Cara pursued her Bachelor’s and Master’s degrees in Mechanical Engineering at the University of Maryland, where she met another influential teacher, Dr. Reinhard Radermacher. She was drawn to Reinhard’s lab in part because he also coordinated a German exchange program for the A. James Clark School of Engineering and frequently had exchange students working with his team. Cara enjoyed collaborating with this diverse, international team on her research.

After completing her master’s degree, Cara moved to Albany, New York to work for an energy consulting firm, but stayed in touch with Dr. Rademacher and alumni. Meanwhile, Reinhard had been doing some consulting for clients and was finding growing demand for his services. In 2002, he founded Thermal Analysis Partners (TAP) to serve as a dedicated, commercial business focused on technology optimization. TAP changed its name to OTS in 2010 and hired its first full-time employee at that time. While he planned to stay on as CEO, he could only do so on a part-time basis and needed a leader he could trust to run the day-to-day operations.

Following informal discussions over a period of several years, Cara agreed to come back to Maryland to take the helm. Cara decided it was a good opportunity professionally as well as personally—her young daughters could now grow up closer to their grandparents in Maryland.

Cara and Reinhard have continued the tradition of working with German exchange students and some have gone on to careers at OTS. The diversity of the OTS team is present not only in their heritage, but also in their engineering specialties. While all team members are engineers, they have varying focuses, allowing them to cover a wide variety of issues in the field.

“The applications are all different for the various projects and clients we work with but the underlying physics, thermodynamics, and heat transfer are the same,” Cara says.

The year 2018 brought a lot of advances for OTS. The company expanded its laboratory to include additional wind tunnels, used for testing heat exchangers, enabling simulation of product performance under various conditions. This data provides information needed to create even more advanced and cost-effective models in the future.

Cara says, “In addition to our consulting analysis, laboratory testing, and software work, 2018 brought in more prototype development projects. This was very exciting and rewarding work to help other companies bring their ideas to fruition by applying our heat transfer expertise.”

One of these prototype development projects is supported by a U.S. Department of Energy grant that seeks to develop a manufacturing process for a serpentine heat exchanger that works more efficiently than those currently on the market. Heat exchangers move heat from one medium to another, such as from the air to a refrigerant. But current models have numerous joints and leak some of the refrigerant, reducing system efficiency and releasing greenhouse gases. The new design OTS is developing will reduce the number of joints by 90%, thereby reducing refrigerant leakage. Anticipated benefits of the project include reducing waste, saving energy, decreasing costs, and cutting emissions.

Making things work better? That’s what optimierung (optimizing) is all about.