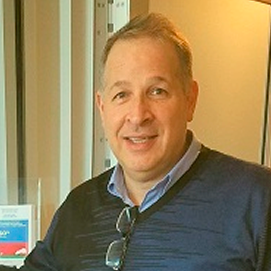 “Natural gas has become increasingly affordable for consumers. Retail prices for the commercial sector averaged just $8/mcf in 2017, down 42% over the past decade and near the recent trough observed in 2016. Gas prices for the industrial sector have followed a similar trajectory but continue to undercut commercial rates, averaging just over $4/mcf in 2017.”

Rethinking HVAC from the Outside In

It turned out to be the most memorable bar mitzvah Paul Schwartz ever attended.

It wasn’t the canapes or cocktails that changed his life, but rather a chance professional encounter at the Garden City, Long Island celebration.

“I was standing at the bar and this guy—an attorney—struck up a conversation about ThermoLift’s technology with me,” Paul explains. “Turns out he knows Bob Catell, former chairman of National Grid and the American Gas Association. After an introduction and a few meetings, both became the first investors in ThermoLift!” 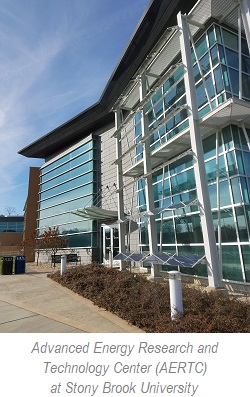 The AERTC completed construction in late 2011 and then started a Clean Energy Business Incubator Program (CEBIP) with support from the New York State Energy Research and Development Authority (NYSERDA), which helps clean energy companies commercialize their technologies. Shortly after the bar mitzvah Paul successfully pitched his company, ThermoLift, and joined the companies housed at the incubator. The incubator opened a world of doors—to local investors, mentors, and physical space for the company’s growing team.

“A gas-fired heat pump which can provide heating and cooling is the holy grail for the utility industry,” says Bob Catell, Chairman of the AERTC.

Paul and his business partner, Dr. Peter Hofbauer, founded ThermoLift in 2012 out of Paul’s garage on Long Island. Peter, who works at ThermoLift’s lab in Ann Arbor, MI, is the engineering brain behind the operation. Paul is the finance expert with a history of raising money for startups. Their TC-CycleTM Thermal Energy System uses natural gas as its primary fuel to provide heating, air-conditioning, and hot water in a single appliance for homes and commercial buildings that is vastly more efficient than other HVAC systems on the market. Imagine using the outdoor air to heat your home in the winter or cool your home in the summer. Sound impossible? It’s not—the TC-CycleTM incorporates unique innovations to the well-established Vuilleumier cycle heat pump design.

For non-engineers, let’s dust off some basic thermodynamic principles from high school physics class. If you have a constant volume of gas and add heat, the pressure increases. (And vice versa, if you remove heat pressure decreases.) This principle, the Ideal Gas Law, allows the Vuillemier cycle to use changes in temperature to create changes in pressure. Controlling this process is the key to ThermoLift’s patented Thermal Compressor (TC-CycleTM) which replaces the mechanical compressor in traditional heat pumps, creating the Ultimate Heat Pump.

ThermoLift’s design can utilize renewable heat, resulting in a 30-50% reduction in energy use which amounts to nearly $1,000 in annual operational cost savings when compared to state-of-the-art HVAC systems. The TC-CycleTM appliance also offers many unique features including efficient cold-climate (<0°F) operation even at partial loads, smart grid/demand response and fuel-agnostic capabilities, and ultra-low NOx emissions all without the use of harmful refrigerants.

In addition to the consumer benefits, the unit will help electric and gas utility companies by balancing loads during peak summer demand for A/C, increasing resiliency for the grid.

“Since our founding, ThermoLift has tried to recruit partners and experts to help develop and commercialize our technology,” says Paul. “We have been able to build a strong network of supporters including the US Department of Energy, NYSERDA, Wells Fargo, Oak Ridge National Laboratory and the National Renewable Energy Laboratory, the Gas Technology Institute, and domestic and international utilities including National Grid, ConEdison, SoCal Gas, DTE Energy and the European Heat Pump Association among others.”

ThermoLift has raised over $16 million in funding, through Series A and Series B rounds, and through grants from the Department of Energy, NYSERDA, and Wells Fargo IN2 Incubator Program, to develop multiple generations of the TC-CycleTM prototype for testing. The company is working on further enhancing performance and reducing costs and intends to begin commercial production in 2-3 years.