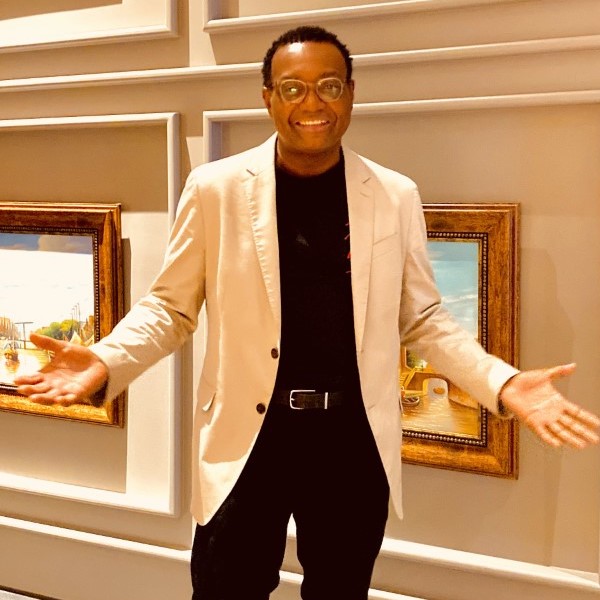 “The U.S. set a record for most wind and solar capacity built in a single calendar year with 33.6GW constructed. The solar sector exceeded its best year ever with 16.5GWbuilt.”

Beating the Drum of Solar Energy

Steve Anglin loves to dance and listen to music – jazz, salsa, merengue, and classic R&B – and loves to play instruments – the guitar, bass, piano. He also loves innovation, ideas, and excellence. So, it should come as no surprise that Steve, the founder, and CEO of WeSolar CSP, joined the Clean Energy for America Inaugural Ball Planning Committee and got to work in search of musical entertainment. Steve reached out to the rap music icon and clean energy advocate, AKON to join the event. AKON and Steve have a similar approach to the clean energy revolution – take what we already have and make it cleaner, more affordable, and more productive.

Steve was not always part of the clean energy world, but he understands how critical it is to ensure that clean energy reaches everyone. Born and raised in England, his formative years were in the U.S., and his professional life has since taken him across the globe.

He originally hopped across the pond from England at the age of 12 and quickly learned life lessons on how to be adaptable. Leaving the airport in New York City as a newly welcomed immigrant, he was shocked by the massive vehicles carrying commuters across the larger-than-life city. Upon starting school in New Jersey, in English class, Steve learned that even simple differences, between the US and the UK, like a “period” and a “full stop” at the end of a sentence, required getting used to.

Applying his skill sets of adaptability, grit, and openness to learning, Steve funded his studies and graduated from university. After an accounting job at a bank during the recession, he found himself on the Wall Street trading floor with J.P. Morgan. At that point, Steve’s life returned to the global stage and was full of derivatives, collateral, risk management, and eventually project management in Russia, India, England, and Switzerland. In 2013, his Executive MBA program at Rutgers University exposed him to further corners of the world to Turkey, the Czech Republic, and Poland and then back to New York.

Steve eventually became interested in cryptocurrency, blockchain, and bitcoin. He realized that bitcoin mining required an immense amount of electricity to produce calculations.

“Cryptocurrency requires a lot of encryptions which in turn, takes up swaths of energy. Cryptocurrencies are most often located where electricity is super cheap.” Steve recounts.

WeSolar CSP has the ability to produce clean sustainable electricity at below-market rates and address the growing digital currency’s appetite for affordable electrons.

Most solar manufacturers did not think of bitcoin, but Steve did, and he entered the renewable energy space through that interest and morphed that into the concept of solar utility power plants.

Steve has formed an impressive and diverse WeSolar CSP team of engineering, finance, policy, marketing, project management, and legal experts, representing top institutions from the U.S. and around the world. This team is now driving the industry with disruptive technology that provides modular distributive CSP that can be utilized by micro-grids.

In the solar market, there are two types of solar energy systems: photovoltaics (PV), which are the panels located on the roofs of our homes and buildings, and Concentrated Solar Power (CSP), which historically uses different modalities, such a parabolic trough or mirrors, to concentrate the sun’s energy to collect heat. CSP has traditionally been used in industrial-scale projects.

WeSolar CSP is powered by ASC technology which presents a new paradigm of thinking in CSP.  ASC technology concentrates the sun’s energy to a focal point that generates temperatures over 1000 Celsius. This innovation allows for the greatest electrical efficiency of any CSP technology. This mechanism creates steam and powers a turbine that can generate electricity. WeSolar CSP can further maintain long-duration energy storage systems that can be used as a 24-hour source of energy.

Many moments in his life ultimately led Steve towards the path of clean energy – but there is one in particular that comes to mind. In 2017, Steve was visiting his daughter, who was at the time studying in Taiwan. Immediately, Steve noticed something he never thought would be a reality in America – everyone was wearing a face mask. He learned that over 1 million people in China died from pollution in 2017 and globally, 9 million people die from pollution annually. He thought about this, his daughter, and future generations. He was inspired to think of the slogan for WeSolar CSP – “We Bring Clean Energy to Life.”

“This is about doing something. We need good, passionate, and hungry people in this fight because our impact can change people’s lives,” Steve urges.

WeSolar CSP’s wide range of technological capabilities means more than clean energy – it means clean, safe air, which amid a global pandemic caused by an airborne virus – is exactly the ray of light we need.

In the midst of the global climate and health crises we face, Steve has cause for optimism. He says, “American innovation will do it – and do it better.”